The Interview: Is it appropriate to make a film depicting the assassination of a living world leader?

Is it appropriate to make a film about the assassination of a current world leader? This is a question I’ve been asking myself ever since the threats leveled at Sony over the release of The Interview started to gain media attention. Is it free speech or morally questionable? Is the fact that it is a comedy demean the situation even more? Do filmmakers have the right to make a movie about the planned killing of a living despot?

On November 24, a series of cyberattacks were detected at Sony Pictures, in which personal and medical information were hacked and subsequently released to the public. They were perpetrated by a group calling themselves the Guardians of Peace. Over the past couple weeks, several media stories have focused on the attacks, including an opinion piece by Aaron Sorkin calling out the media for reporting and subsequently sharing material obtained by hackers, a list of potential comic book franchise decisions, and an email from Channing Tatum to Jonah Hill that might be one of the best emails ever written. The most disturbing aspect of the Sony Hack, however, was the threat issued by the group concerning the new Seth Rogen and James Franco comedy The Interview. Invoking the horror of the September 11th attacks, the hackers issued this incredibly disturbing and violent statement concerning the film:

Warning
We will clearly show it to you at the very time and places “The Interview” be shown, including the premiere, how bitter fate those who seek fun in terror should be doomed to.
Soon all the world will see what an awful movie Sony Pictures Entertainment has made.
The world will be full of fear.
Remember the 11th of September 2001.
We recommend you keep yourself distant from the places at that time.
(If your house is nearby, you’d better leave.)
Whatever comes in the coming days is called by the greed of Sony Pictures Entertainment.
All the world will denounce the Sony.

At this time, both the New York and the DC premieres of The Interview have been canceled, along with it’s release on Christmas Day. Whether or not the threats should be taken seriously or if Sony should have pulled the release is a story for another article. I want to discuss whether the film should have been made.

Following the release of Team America in 2004, there was so many other issues competing for the attention of the American people and media that the fictionalized death of a living world leader flew under the radar. There was definitely controversy: the movie was a scathing satire of celebrity activism (with several portrayals of actual celebrities) and a critique of the War on Terror. Also, people really didn’t like the puppet sex. The North Korean government, however, was upset by the portrayal of their Supreme Leader as a buffoonish stereotype, going so far as to ask the Czech Republic to ban the film. A Czech newspaper quoted a North Korea diplomat complaining, “[Team America] harms the image of our country. Such behavior is not part of our country’s political culture.” 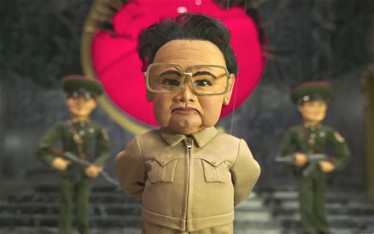 Two years later, many people were outraged following the release of 2006’s Death of a President for its fictional assassination of the current sitting President of the United States. Many political leaders thought it was disgusting and in bad taste. Then Senator Hillary Clinton told The Journal News, “I think it’s despicable. I think it’s absolutely outrageous. That anyone would even attempt to profit on such a horrible scenario makes me sick.” Several cinema chains, such as Regal and Cinemark refused to screen the film in their theaters. CNN and NPR wouldn’t even allow advertising for the film during their broadcasts. Death of a President wasn’t even a comedy about the fictional assassination of a president. It was an in-depth look at the potential political and emotional aftermath of such an event. Film critic James Berardinelli summed up the views of many when he wrote,

“If this was a serious examination of the possible long-term ramifications of George Bush’s current foreign policy, or if it had anything interesting to say about Bush’s legacy, it might be justifiable. But that’s not the case. The decision to use Bush rather than a fictional representation of him is for no reason other than self-promotion… Fictionally killing a real person, regardless of how poorly liked he is, is tacky at best and unwarranted at worst.”

This is what The Interview is doing. The writers could have easily wrote a character with strong resemblances to Kim Jong Un. They could have created a fake country and a fake world leader and still made the same movie. However, as a society we think less of North Korea. We think less of Kim Jong Un. We have memes about him looking at things, hanging out with Dennis Rodman, and just being a complete imbecile from our own fictional creations. I participate in passing around links from Imgur or Reddit mocking him as a world leader; however, there is something disturbing about a filmmaker going further and creating his fictional assassination. 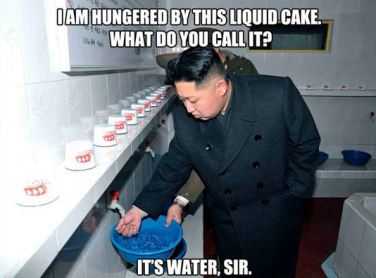 I also, however, despise censorship. It is my right as a critic to analyze a film and discuss the ramifications of its creation. It is the creator’s right as a filmmaker to choose the subject matter. Subject matter decisions will always be controversial. From the Catholic Church’s response to The Last Temptation of Christ to Scientology’s stance on South Park, it is not uncommon in Hollywood to have your work met with controversy and criticism. Without filmmakers attempting to push the line further and further to what we will accept as a culture, we wouldn’t be where we are as a society. Take Spike Lee’s Do The Right Thing. Following the release, several critics argued the film could incite riots in the black community. This didn’t happen. The conversation that did happen following the release changed the discourse on respectability politics and race relations.

Yes, maybe The Interview could have been made about a fictional country and a fictional world leader, but it wasn’t. Even the government signed off on the making of the film, which is something the makers of Death of a President didn’t even attempt to do. This film is obviously a comedy that doesn’t take itself seriously and that is fine. As Tess Hoffman of Indiewire writes,

“The assassination plot is to some extent simply a vehicle for familiar bromancing antics and idiots-in-over-their-heads hijinx.”

In the wake of the Sony Hack threats, we are forgetting why many of us young-blooded twentysomethings wanted to see this movie in the first place: it looked funny.