Pop Politics: What should you watch? — Political Women

March is Women’s History Month, so why not start out with a few binge-worthy Netflix shows on female representation in politics. Of the 1,963 people who have served in the Senate, only 46 have been women. With the news of Senator Barbara Mikulski’s retirement and last month’s announcement of Senator Barbara Boxer’s retirement, a huge hole has opened in female congressional leadership. Senator Barb (as she is affectionately known) announced she is tired of raising money for herself and not looking out for her constituents.

Mikulski’s nearly three decades in the Senate made a huge impact. She brought together all the female Senators to create a united front, regardless of party, to make it easier for more women to be elected and successful. Here are three programs that demonstrate how important it is for women to be in leadership. 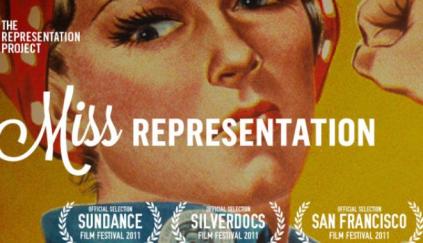 “You can’t be what you can’t see” is the mantra for Miss Representation, a 2011 documentary by director Jennifer Siebel Newsom. Newsom argues there is a correlation between the portrayal of women in mainstream media and their lack of representation in positions of power. If young women do not see women in positions of power, such as Senators and CEOs, the likelihood of them becoming Senators and CEOs is lower. Young women need positive role models, but the disparaging portrayal of women in the media makes it hard for them to find inspiration. This documentary is far from perfect, but what sets it apart from other more partisan documentaries is its presentation of a united front from women who are in power, regardless of ideology or political partisanship. Newsom weaves numerous interviews with a variety of successful women into her narrative. Women like former Secretary of State Condoleezza Rice, MSNBC pundit Rachel Maddow, Academy Award nominee Geena Davis, and many other successful politicians, businesswomen, and actors tell their stories of misrepresentation by the media and how they still strive to overcome these depictions. As Natasha Lennard of Politico stated in her review of Miss Representation,

“The film’s message is unequivocal: The mainstream media (sometimes subtly, sometimes explicitly) has a double standard for women leaders, putting out the message that a woman’s primary values lies in her beauty, in her sexuality, her youth.”

The documentary ends with a call to action to encourage young women to break down gender stereotypes to effect change of the representations of women in the media.

14 Women is a 2007 documentary about the  women serving in  the United States Senate. In February, Politico Magazine published “The Secret History of Women in the Senate,” a shocking revelation about the struggles the few women elected to the Senate have dealt with during their tenure. Even though women make up over fifty percent of the population of the United States, as of the 2014 midterm elections they make up  only 20 percent of the Senate. In 1990 only two women, Barbara Mikulski and Nancy Kassebaum, served in the Senate. By the election of 1992, infamously called “The Year of the Woman,” four more women were elected, beginning the infiltration of women into the Senate boys club. In response to the moniker, Senator Mikulski exclaimed,

14 Women follows female senators as they reveal the struggles they face as representatives, but also shows how they work together. As the unofficial “dean” of women, Mikulski’s goal with her peers was not to create another caucus, but a “zone of civility.” 14 Women reinforces a culture of bipartisan sisterhood in an environment historically dominated by powerful men.

You can’t have a binge watch weekend of female representatives without Leslie Knope. She is the cheering section of all women politicians. She even has a “Wall of Inspiration” with pictures of Nancy Pelosi, Madeleine Albright, Condoleezza Rice, and several other inspirational women. Unlike other political-based television shows, Parks and Recreation is set in our existing political world, but in a fictional city: Pawnee, Indiana. Leslie Knope, played by Amy Poehler, is an optimistic mid-level bureaucrat who serves as assistant director of the city’s Parks and Recreation Department. Throughout the series, Leslie is constantly talking about her lady inspirations and admirations. Leslie Knope is the earnest local politician just trying to make a difference while surrounded by her fellow cynical colleagues, though however cynical those individuals are, Leslie continues to push for change. The first season is only six episodes long (Netflix includes seasons 1-6), but if you only have a half hour to watch, definitely check out “Boys Club” (Season 1 Episode 4),  where Leslie attempts to infiltrate the unofficial Pawnee Boys Club.

If you know a woman who should run for office, tell her to run!

← Why are we afraid to talk about Israel?
State Formation, Plunder and Ferguson →